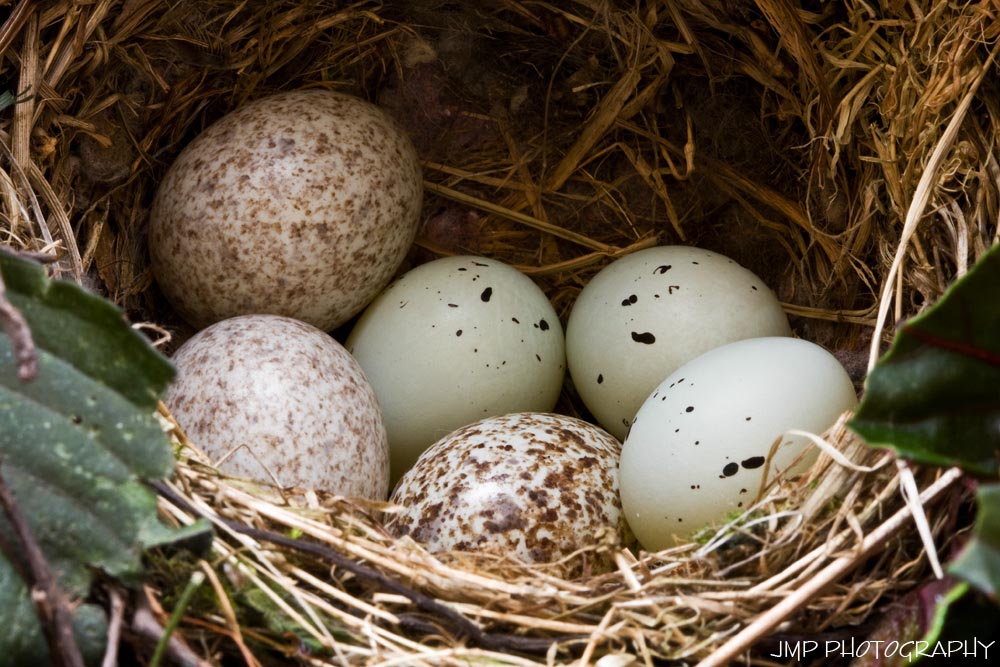 Why do some birds lay eggs in other bird’s nests?

Brood parasitism is the practice in which an individual manipulates others, of the same or of a different species, to raise its young in place of them.  The presence of brood parasitism is very commonly observed among a few bird species including the old and new world cuckoo, cowbirds, black-headed ducks, indigo birds, and honeyguides (Lowther 2011).  Why these birds lay their eggs in other bird’s nests is a question many scientists and bird experts alike have been trying to answer.

There is no single proven explanation, merely only many hypotheses as to why brood parasitism occurs. However, the overall purpose of brood parasitism, or in the case of birds, the purpose of laying eggs in other’s nests, is the survival of their species.  Their species survival can be assured through this process by the removal of host eggs and placement of parasitic eggs within the host’s nest.  A cuckoo egg usually closely mimics the eggs of the host; one of whose eggs is often removed by the cuckoo. Shortly after hatching, the young European Cuckoo, using a scoop-like depression on its back, instinctively shoves over the edge of the nest any solid object that it comes into contact with. With the disappearance of their eggs and rightful young, the foster parents are free to devote all of their care to the young cuckoo. By assuring parasitic eggs are raised by the hosts, more parasitic eggs can be raised at the same time, meaning multiple parasitic offspring can grow in the time it usually takes for one to grow.

However, in case of the cowbird, they rely solely on a host’s nest to raise their young. By using the resources of the host species and not those of its own species the parasitic offspring have spared the resources, of its biological species, it would have used during its youth (Cornell U 2015, Wiley 1982).  “The brown-headed cowbird … produces eighty eggs on average in just about two years” (Zielinski 2013).  “Scientists have observed brown-headed cowbirds placing eggs in the nests of 220 or so other species, but these events have only been successful in 144 of those species” (Zielinski 2013). Perhaps because, unlike the cuckoo, cowbird eggs do not closely mimic host eggs, nor do the young oust host eggs and host young from the nest. But cowbirds do tend to hatch earlier, grow faster, and crowd out or at least reduce the food intake of the host’s young.

Though these methods differ they come to the same end result.  Which is probably why this is the most widely accepted hypothesis.  The fact that parasitic birds lay their eggs in a host’s nest relieves the duties of parenting as well as increases the fitness and survival rate of the parasitic species. The parasitic female can “produce more offspring than they would normally be able to successfully incubate in their own nests” (Albrecht et al. 2013). The negative effects due to brood parasitism include decreased host fitness and the lack of all host eggs hatching.  This means that the brood parasites are successful in making themselves more “fit” for survival than their host species. Like many other species over time these groups of birds have developed a method to assure the development of future generations. In the case of brood parasitism, they do this by taking advantage of their competition, which allows their numbers to increase at little cost to their own resources and little effort to be put into raising their young.

Zielinski S. Of Cuckoos, Cowbirds and Other Parasitic Birds. Wild Things. 29 May 2013.