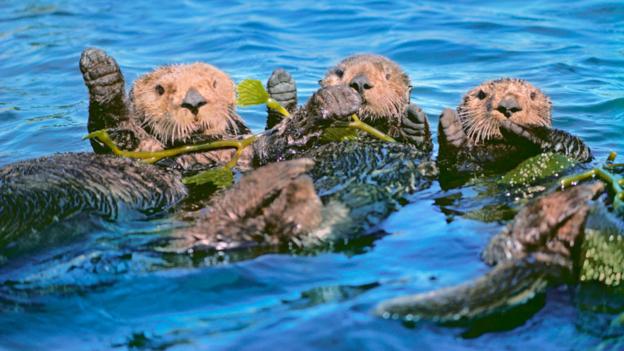 Climates are changing rapidly due to the human-caused accumulation of greenhouse gases (in particular carbon dioxide) preventing the release of radioactive waves away from Earth into the atmosphere leading to a gradual warming of the planet (Benestad 2016). The warming effect modifies climates and renders some areas uninhabitable for common species. The rate of temperature change is far greater than the adaptation rate that some species must go through to survive. While it may seem like a near-impossible issue to improve on in todays industrialized world, hope can be found in the least expected places.

Research has shown that sea otters are doing their part by indirectly reducing the carbon dioxide (CO2) concentration in the atmosphere (Nichols et al. 2015). It starts with vast areas of kelp forests that, through photosynthesis, absorb atmospheric CO2 and release oxygen into the air. During the 1700 and 1800’s, sea otters were extensively hunted to the brink of extinction due to the immense demand placed upon sea otter fur by the fur trade. In more recent history, sea otter populations have risen dramatically giving rise to a greater abundance of kelp forests in the pacific northwest (Jameson et al 1982). The sea otter, being the top predator in a three level trophic ecosystem consisting of algae and kelp at the lowest level and sea urchins and other marine herbivores at the middle level, has an indirect impact on the health of kelp forest communities (Ebeling and Laur 1988). For sea urchins, these kelp forests serve as a near endless supply of food and if undisturbed, an entire stand of kelp can be devastated along with its carbon-fixing ability.  Fortunately, sea otters enjoy eating these sea creatures and act as a keeper of the kelp. As a result, the kelp can flourish in their environment and act a CO2 sink, using and storing the greenhouse gas to produce energy and structure (Estes and Duggins 1995).

It was determined that kelp forests containingsea otters absorbed 12 times more CO2 than those only inhabited by sea urchins (Wilmers et al. 2012). This prompts the question whether other species may be in similar situations, though going unnoticed. Is it possible that other ecosystems are capable of contributing to the fight against climate change but are impeded by some related species? The answer is almost undoubtingly yes. Rather than focusing on expensive initiatives and improving technology to reduce emissions, it may be more economically and environmentally beneficial to aid in the naturally occurring CO2 absorption caused by ecosystem interactions. Not only would it be more cost-effective, but it could also provide additional habitat for organisms that are under pressure via interspecific competition. A lesson can be learned from the relatively small role sea otters play on a global scale. But it is the cumulative effect over vast areas that cause significant changes in atmospheric concentrations. If wildlife conservation can diminish the greenhouse effect by allowing vegetation to develop and thrive, increased awareness of ecosystem interactions and carbon fixation ability would prove valuable in current and future ocean landscapes. 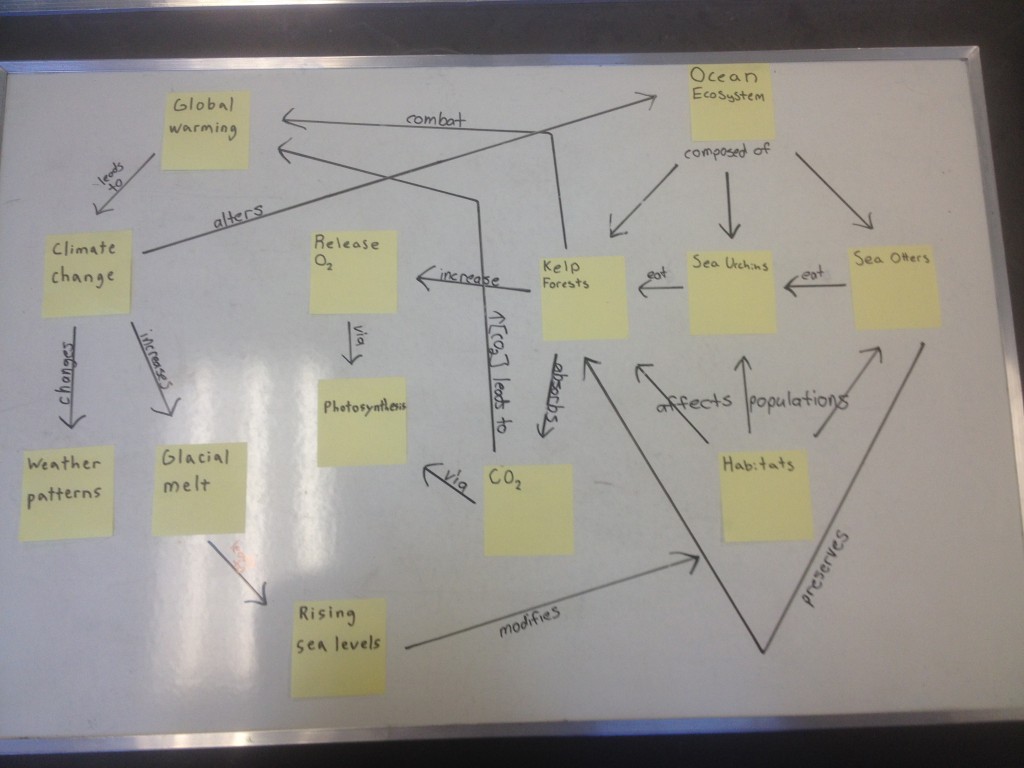 Does Telomere Length Have Anything to do with Aging and Getting Sick?