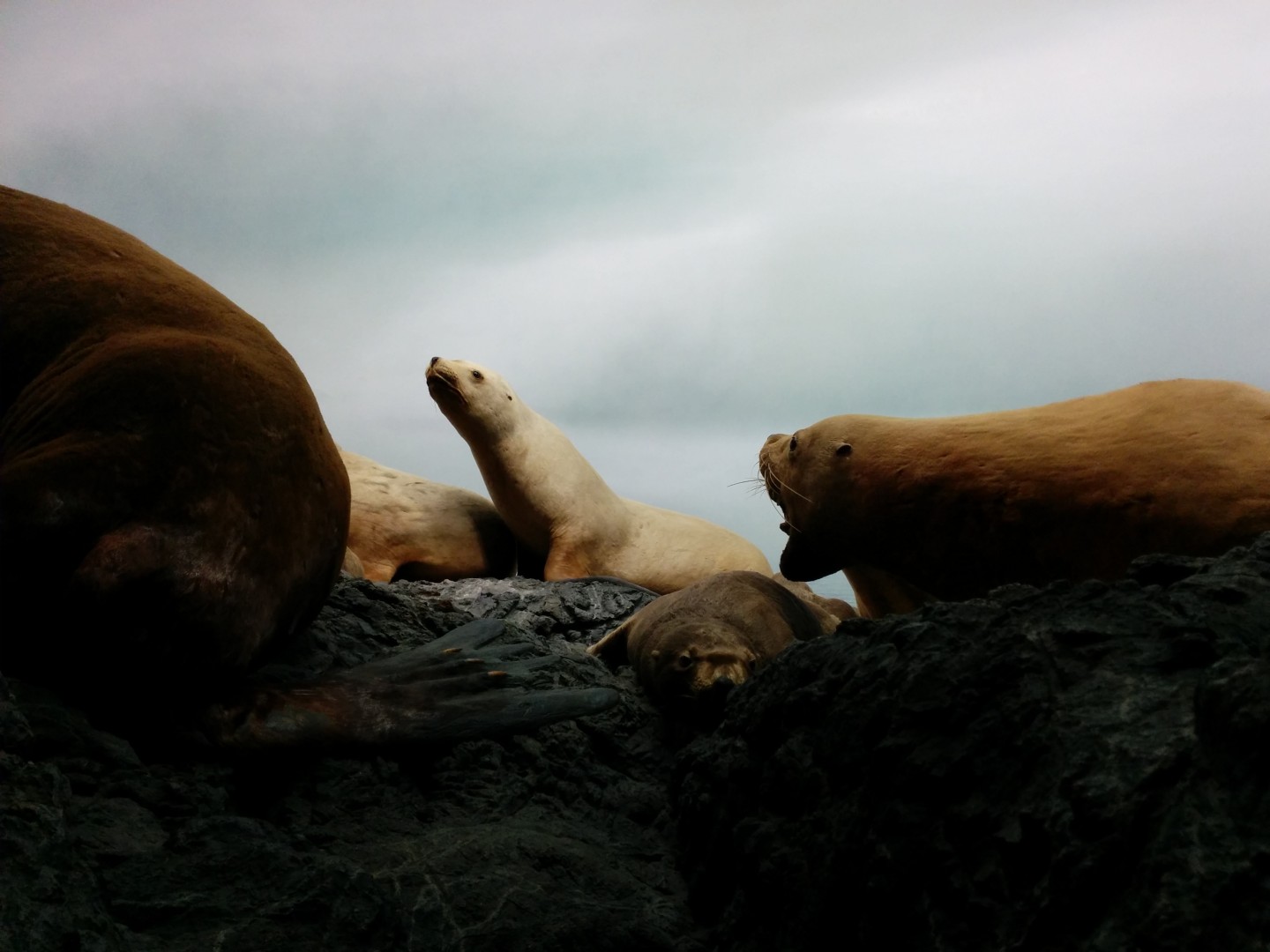 Which Sex Pays the Higher Price in Reproduction in Vertabrates?

In order to reproduce, males and females must pay many costs. They both invest their time and create risks to themselves that may end in death, but these are risks they must undertake for the opportunity to reproduce. Each sex faces costs of sexual selection (Darwin 1871), though the forms may differ. Additionally females also face costs in bearing and raising young. Through studying the differences and similarities in costs paid by each sex it can be determined which sex pays the highest price in reproduction. 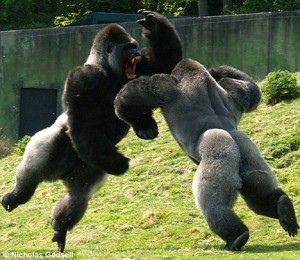 The Fight is on (Source located at end of report)

For the males of many species, sexual selection is a huge barrier to overcome if they are to successfully reproduce (Darwin 1871). Darwin defines sexual selection as intrasexual competition for mating opportunities and a differential choice of mates by one sex. He notes that this often (but not always) translates to males competing against other males and females choosing the most desirable males as mates. According to Darwin, when intrasexual competition is a factor only the most phenotypically advantaged males will have the opportunity to pass on their genes. An example of this competition is that of elephant seals where males are observed to fight each other for control of harems of females (Le Bouef 1974). According to Le Bouef only about 1/3 of male elephant seals actually reproduce. From repeated competition, however, males face “increased risks of injury or energetic costs which reduce the chance that they will win repeated interactions” (Lukas et al 2014). Thompson and Georgiev (2014) as well as Liker and Szekely (2005) also state that competition for mates takes up time, mental and physical energy, and increases the susceptibility to predators and likelihood of death.

“Secondary sexual characters such as bright plumage and weaponry” (Lukas et al. 2014) have also evolved in males in order to influence female choice. These characteristics make males more attractive to females and aid them in obtaining mating opportunities, however they also can be detrimental to a male’s fitness. One example of this is the barn-swallow. Male barn-swallows have long tail feathers to attract mates despite there being evidence that these traits lead to diminished foraging potential (Moller et al. 1998).

One of the biggest costs of reproduction for females is the time and energy investments they make in protecting and raising their offspring. After fertilization, many species carry babies that can be relatively large compared to their body size and require a great deal of nutrients to sustain (Freeman et al. 2014). Female gametes are also much more expensive to produce and are therefore a limiting factor on a female’s reproductive success (Trivers 1972). According to Trivers, in many species males leave after mating and play little or no role in raising their offspring. This results in females having to find food and protect their offspring from predators on their own. If these females also have to compete for resources with other females then the price of reproduction can be high (Clutton-Brock 2008).

Although intrasexual competition is less common among females than males, it is often much more complex when it does occur. For example, Clutton-Brock and Huchard (2013) explain how females use social patterns such as suppression, competition, and aggression to select preferred males. By doing so they ensure that their offspring inherit certain paternal characteristics that raise their survival rates. They go on to explain that dominant females can also interrupt or oppress the fecundity of followers. This causes subordinate females to appear less fertile to males, or to have a less viable reproductive system which produces weaker offspring. Though competition between females seems to be subtle, aggression can also appear when a social conflict comes into play. Battles result in the eviction of the loser or the death of the loser’s offspring (Clutton-Brock and Huchard 2013). Overall, intrasexual competition such as social patterns can incur great costs to a female’s ability to reproduce and find desirable mates.

Males and females both pay many costs in order to reproduce. Research shows that both sexes face their own forms of intrasexual competition in order to find the perfect mate. Males physically compete with each other while females socially compete. In addition to intrasexual competition, however, females also have the burden of bearing offspring. In species where males leave after mating females have the sole responsibility of raising their offspring. Taking these additional costs into account it can be said that females pay the highest price in reproduction. 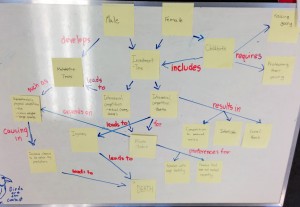 Darwin C. 1871. The Descent of Man, and Selection in Relation to Sex. United Kingdom: John Murray.