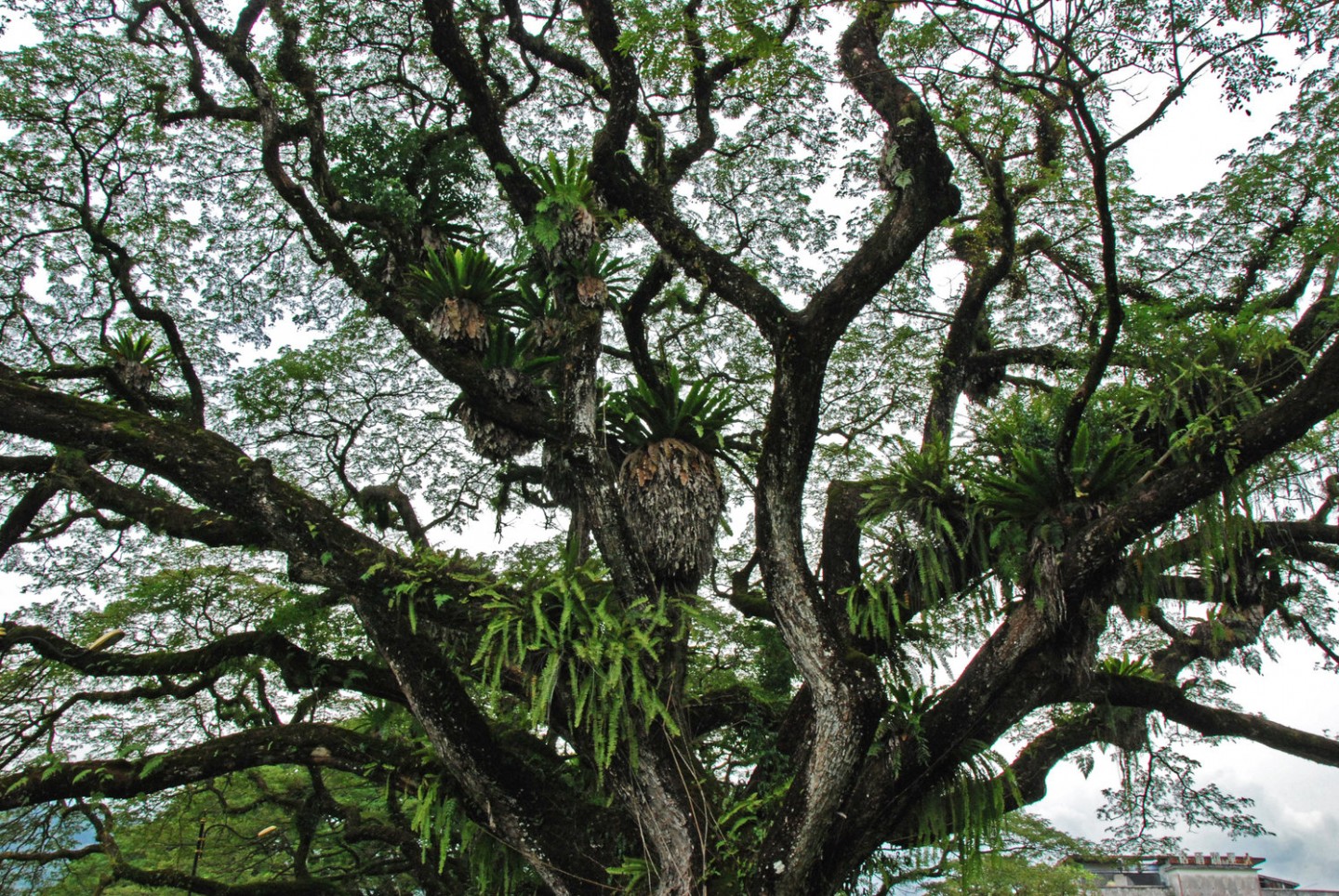 Effects of Epiphytes on the Health of Rainforests

Epiphytes and their Contributions towards Rainforests

Rainforests are home to an immense population of diverse species of flora and fauna, and are found in many regions of the world. This article will focus on a certain portion of this life: epiphytes.

Epiphytes are plants that rely on other plant life for structural support, such as ferns, mosses, and orchids [1]. Due to the vast diversity in rainforests, and a large amount of trees and plants which could provide support, they hold a considerable epiphyte population themselves. However, these structure-dependant plants provide services of their own.

Epiphytes habit an otherwise untouched portion of rainforests, creating a sort of bridge of plant life between the canopy and the forest floor. This allows epiphytes to fill a large, otherwise empty niche, suffering less competition than other plants as they grow from naturally higher locations. This free reign for growth allows epiphytes to flourish, expanding in population and diversity, to an extent. This ecosystem, due to its location between the canopy and forest floor, is easily accessible to organisms from said habitats, allows more species to take shelter in it, increasing their diversity as more organisms accept a habitat within this epiphyte ecosystem, such as frogs [2] and ants [3].

Perhaps the most important role of this mid-forest ecosystem is the fact that it exist as a  sort of lifeline during disasters, such as granting food and shelter for organisms when their natural habitat suffers some sort of disaster, such as a flood drowning out the forest floor, or a powerful storm making canopy life treacherous. For example, species of primate retreat to this epiphyte layer during harsh conditions [4]. This allows more organisms to survive natural disasters, reducing the intensity of genetic drift, resulting in less alleles being lost or fixed, in  turn allowing more diversity to be maintained.

Relationship of Air and Epiphytes

According to several studies, epiphytes response to climatic changes and researchers have been proposing that epiphytes could potentially be an indicator of environmental pollution level thus telling the health of a rainforest. Without further ado, let’s delve into this.

Based on the study they conducted, Song et al. suggest that a specific epiphyte species N. pallescens could potentially be a climate change indicator in subtropical montane moist evergreen broad-leaved forests (2012). To conclude, the growth rate of epiphytes can tell us the environmental condition of the forest they inhabit: whether it is overheated, experiencing a drought or sitting at an optimal condition, thus telling the health.

Durability/Sustainability of Epiphytes and their Direct Contributions on Inhabiting Organisms

Epiphytes are plants that grow on other plants. Some examples of epiphytes include ferns, air plants, and orchids which grow on the trunks of trees. Many epiphytes are commonly found in rainforests and can tell us multiple things about the health of the rainforest. A few key concepts as to what epiphytes tell us about the health of a rainforest include its climate, diversity, and durability/sustainability of inhabitants. Epiphytes are mandatory in a healthy rainforest as they have many benefits to maintain it’s health. The effect the climate has on epiphytes and the effect epiphytes has on the climate helps us determine weather the rainforest is healthy or not. For epiphytes to survive, they need to depend on nutrients from the air, falling rain, and the compost that lies on the tree branches. Therefore, if there is no rain, the epiphytes will not survive which means it would be an unhealthy rainforest.

The air also influences the the type of rain which falls in the forest. If the forest is unhealthy, there would be acid rain and the epiphytes cannot survive on this so they would die off, leading to an unhealthy rainforest. The impact and effect epiphytes have on the air quality and climate also include that they stabilize nitrogen between the air and the organisms. For a rainforest to be healthy, there has to be a diversity between organisms and plants. There are multiple different orchids in a rainforest, and each of them have different scents which essentially attracts different insects, for examples, bees. In this case the insects bring in different pollen which with the diversity of the rainforest and to help expand it. Epiphytes also create new niches in the rainforest. The new niches lead to more organisms and species which also helps create a more diverse rainforest which can tell us that the rainforest is healthy. All the different epiphytes in a rainforest also help to sustain food and shelter for other organisms. Especially during droughts, epiphytes are helpful to organism survival which can show us that the rainforest is also healthy. Looking at these key concepts about epiphytes can help tell us about the health of a rainforest.

Ancient Human Microbes: Are They Filled With Clues of The Past?