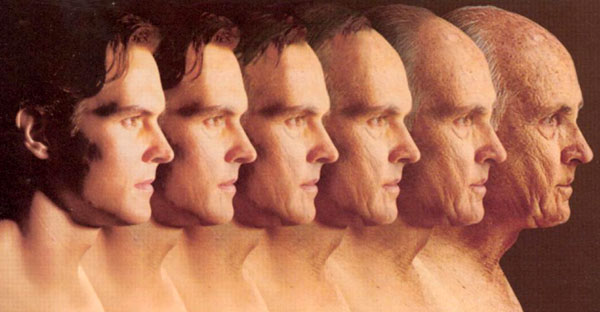 The shorter the telomeres, the older you are. 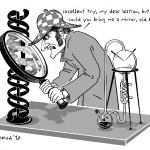 As time goes by the cells of our body divide for specialization, repair and growth. Unfortunately – as with everything in life – there is absence of perfection. As cells replicate they fail to copy over the full nucleotide length at the ends of DNA, and the total length of DNA is decreased with each replication. Fortunately, there are nucleotide caps at the end regions of the DNA called telomeres. They are non-coding segments of tandem base pair repeats that protect the DNA, preventing replication from shortening any coding regions of DNA that might result in genes becoming non-functional. Research has suggested that lifestyle can greatly affect length of telomeres and many age related diseases appear to be related to telomere shortening (Pusceddu et al. 2015). The enzyme telomerase plays an integral role in the maintenance of telomeres but reactive oxygen species (ROS) are suggested to decrease the level of telomerase activity in cells (Zvereva et al. 2010 ). 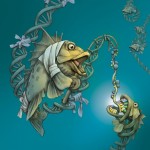 Lifestyle factors such as stress, diet, exercise and sleep can all play a major role in determining the rate in which your telomeres shorten and you ultimately age. Some of the major factors that can accelerate the process of shortening telomeres include, smoking, psychological stress, and lack of physical activity (Bendix et al. 2013). Individuals who smoke will have shorter telomeres, resulting in higher susceptibility to various illnesses, such as, cardiovascular diseases, and many other life threatening conditions. Furthermore, a recent hypothesis proposed by Abraham Aviv and his colleagues suggested that shorter telomere length is associated with aging-related or infectious diseases, for example, atherosclerosis and reduced longevity (Aviv et al. 2015). Moreover, no concrete evidence has been found yet that has concluded that having longer telomeres will result in a longer lifespan, however, studies have shown that longer telomere length may relate more to “healthy aging” (Honig et al. 2013). 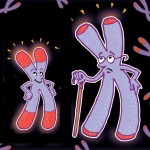 Many age related diseases as well as prominent diseases such as cancer appear to be related to telomere shortening (Pusceddu et al. 2015). Changing telomere length means there is a higher probability for sickness, similarly having an illness can shorten telomeres at a higher rate than what is considered normal. Many studies have been conducted trying to find direct linkage between receiving these diseases as a result of shortened telomeres, but results have been inconclusive, largely because most studies have been done on mice, and telomeres in mice and humans aren’t analogous (Jiang et al. 2008). Decrease in telomere length is evidently important in determining variations of age-related diseases, yet more research is currently being done on whether these illnesses can independently affect telomere length (Rizvi et al. 2014). The mapping of telomerase activity within somatic cells is an important new technology for monitoring at risk cancer patients. If there is an exorbitantly high level of telomerase within one’s cells the likelihood of developing cancer increases, and the high levels can make cancer cells virtually immortal as they can divide without a control. Advanced screenings of somatic cells now give a new look into whether or not a certain cell or groups of cells have functioning telomerase. Evidently, a normal somatic cell would not possess telomerase therefore if the enzyme is found in a somatic cell it is considered to be an early indication of malignant growth or a tumor (Gagnon et al. 2010). Alongside the development of new technology advanced research is being done about the function of telomeres and telomerase and they can be used to combat illnesses. 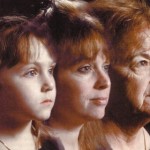 To the best of our knowledge cell replication, and thus aging, is inevitable. However, more and more research is coming out to support the idea that the rate of telomere shortening can be controlled. One way to prevent telomeres from shortening is by restoring their length using low-molecular-weight activators that activate telomerase in our cells. For example, a derivative of cycloastragenol called TA65 showed activation of telomerase in human cells, suggesting improvements in metabolism, bone mineral density, and the cardiovascular system (Zvereva et al. 2010). Another way to retain levels of telomerase activity is through some antioxidants, which lower the effects of ROS in our cells. Although consuming various telomerase activators appears to help prevent the aging of cells it can also increase the chance of cancer developing, a disease characterized by virtually immortal cells. This suggests that maybe the safest way to maintain telomere length is by living a healthy lifestyle: enough sleep, a healthy diet, plenty of exercise, and stress management.