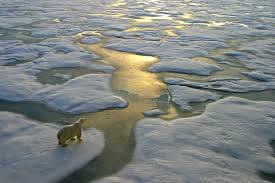 Global warming is a serious problem that affects the entire planet Earth. One of the main consequences of global warming is that it’s increasing the temperatures of the water and air. According to National Geographic, the last two decades were the hottest in 400 years and possibly the warmest in several millennia. This increase is affecting the adaptations that polar marine organisms have spent many decades evolving to be able to survive in extreme cold temperatures. 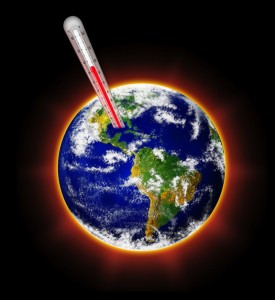 Antifreeze proteins come in a variety of forms but are “either relatively large glycopeptides (AFGP) or peptides (AFP),” that prevent body fluids from freezing inside the organism and harming it (Johnston 1990). This occurs by the antifreeze proteins “adsorbing to and inhibiting the growth of internalized environmental ice crystals” by lowering the freezing point of an organisms body fluids by “inhibiting ice crystal growth in a non-colligative manner” that would otherwise be fatal (Cziko et al. 2014, Johnston 1990). Unfortunately, AFP’s are “accompanied by melting inhibition that may contribute to lifelong accumulation of detrimental internal ice crystals” (Cziko et al. 2014). Another crucial fitness consequence that arises from the in-active protein is “innate physiological sensitivity towards oxidative stress” (Almroth et al. 2015). The oxidative damage doesn’t allow organisms to detoxify internally, and the damage to the lipids and proteins “may lead to accelerated rates of physiological aging and decreases in function and fitness” (Almroth et al. 2015). The once crucial adaptation is now decreasing fitness and survival rates of polar marine organisms and it is said that possessing antifreeze proteins may be “just as lethal as the wholesale freezing of body fluids that occurs in AFP-deficient” organisms (Cziko et al. 2014).

Heat shock proteins are present in the normal cell to aid in the folding of polypeptides and help move them to specific cellular compartments. They also assist improperly folded proteins to regain their normal shape, and regulate the removal of degraded proteins out of the cell to prevent the accumulation or clumping of them. Most heat shock proteins are activated by elevated environmental temperatures, known as the heat shock response. However, an over production of heat shock proteins could become toxic to the organisms cells. As well, HSP’s in arctic fish were found not to function properly at temperatures greater than fifteen degrees Celsius.

In conclusion, there is countless scientific evidence that global warming is leading to increased warmer temperatures in the Polar Regions on Earth. These warmer temperatures are creating less use for antifreeze proteins. Less use can lead to oxidative damage and melting inhibition which may become fatal to polar organisms that use antifreeze proteins. Also, elevated temperatures are creating more heat shock proteins which leads to a greater risk of the over production of HSP’s which can be fatal to organisms as well. There is minor scientific research that some organisms may be able to adapt to the fast growing temperatures on Earth from global warming, but it is hard to predict and study the outcome if all organisms will be able to cope to the changing environment. 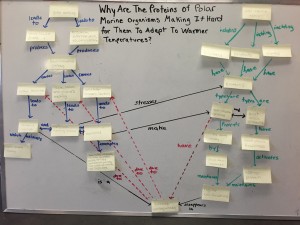