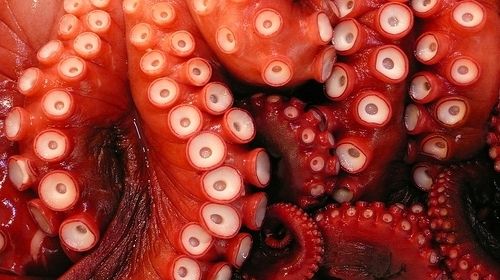 Octopuses, along with many other marine-living animals like dolphins and whales, have been studied and compared to humans. Their behaviours and skills are often observed and tested extensively in order to understand the true nature of these creatures. The impressive abilities of an octopus includes its behavioural patterns, morphological innovations, and cognitive abilities.

With regards to their behavioural patterns, octopuses are relatively anti-social creatures, spending their short five year life span learning how to find food, avoid predators, and react to their environment independently, versus a fifth grader, presumably of ages ten to eleven, who are still in full reliance of a parent or guardian. In this sense, an octopus’ ability to receive, process, and respond to information is much faster than a fifth grader, promoting the fact that they are indeed more intelligent.

Morphologically, octopuses have exceptional eye sight. They cannot see in colour like humans can; however, they have no blind spot and can see a full 360 degrees, which makes them have more advanced eyesight than humans do (Byrne et al. 2006). This allows octopuses to choose which arm is closest to the object they want to grasp instead of choosing a limb on the other side of their body (Byrne et al. 2006).

When it comes to movement and coordination, the motor skills of an octopus tend to be better than that of a developing fifth grader. In order for their eight limbs to not become entwined, octopuses have many neurons, a total of 500 million large neurons throughout the body the majority of which are found in their arms. Furthermore, octopuses can and have shown limb preferences, which is something that not many animals that have multiple limb pairs usually exhibit (Byrne et al. 2006). Having limb preference is believed to be partially linked to octopus’ vision abilities (Byrne et al. 2006). Octopuses can move in any direction, and they have an overall higher self/physical awareness then a child who is still developing and growing into their own body.

Similar to humans, an octopus can move in a point to point motion by temporarily turning their arms into quasi-jointed structures, which means creating three different bends to act as joints, thus reducing the degrees of freedom problem (Sumbre 2005). This creates some stiffness which allows them to have better control over their arms. Octopuses have suction cups all over their arms which is what they use to grasp their food. They create a pincer grasp between any two suckers on their arms, which is the same motion humans do with their thumb and fingers (Borrell 2009). An octopus is able to dynamically change the organization of their quasi-jointed structure depending on where their sucker is positioned (Sumbre 2005). It is amazing how an octopus can adapt in this way without the help of many mechanisms we have as humans. 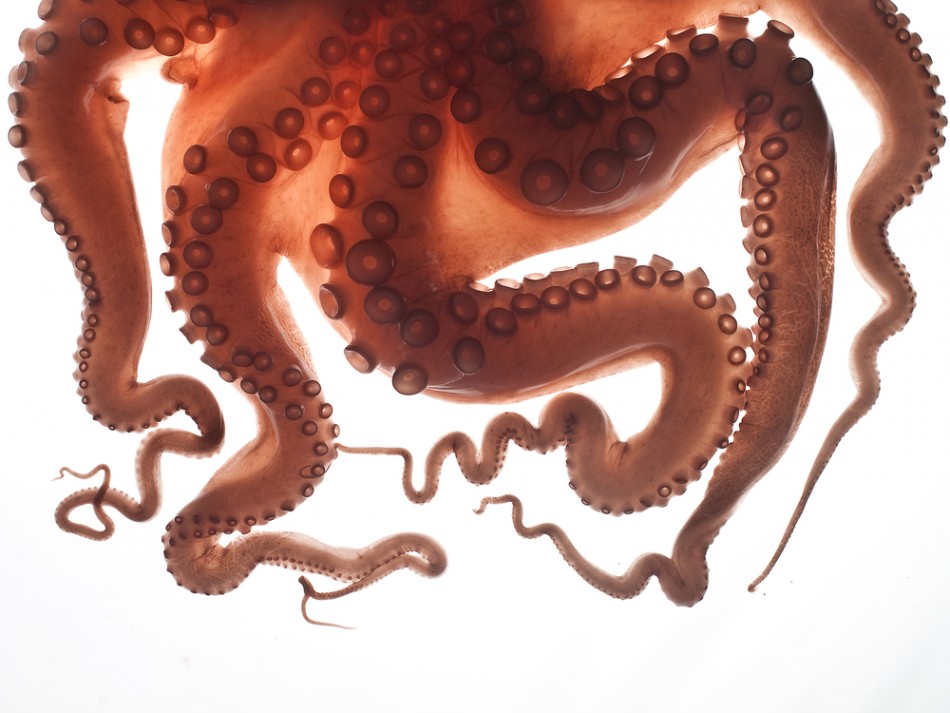 Along with their morphological advantages, octopuses have impressive cognitive abilities. Scientists and researchers alike have been able to condition and teach octopuses how to solve simple puzzles and mazes, according to the journal of Jennifer A. Mather, under the title of the Cephalopod Specialities. They discovered areas of their brains that allow for more complex functions, by storing away “learned information”, such as simple puzzle solving skills. The neutral substrate generates the consciousness octopus need in order to develop and apply these skills (Mather et al 2013). As a result, octopus have the ability to problem solve and plan.

Their memories can be extensive as well. A study entitled Learning and memory in Octopus vulgaris by I. Zarella et al, talks and compares their memory to that of a human. Octopus can store and recall memory like humans. They also have the ability remember both short and long term memory. Their memory ability aids in helping them learn how to problem-solve and plan. Their long-term memory tends to be activity dependent. Once they have been taught then it is easy for them to remember. It is not so different from average school-aged children, who must go through the motions and learning in order to store it away for later.

Through behavioural patterns, morphological innovations, and cognitive abilities, our research suggests that octopuses contain abilities equal to and greater than that of a fifth grader. They know how to respond to their environment, hunt for food, and survive. Physically, they can grasp things with their “hands” and see with their camera-like eyes (Albertin et al 2015), both of which do not come with ease for humans until a little after birth. Octopuses, like your average fifth-grader, can be taught. They pick up on skills and can store them away for future reference. If they continue to adapt and grow this way, octopuses have the potential to become even smarter than a fifth-grader. 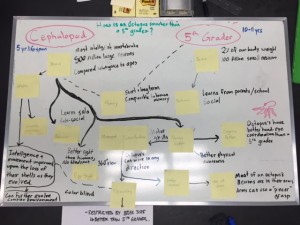